Tu-214 passenger airplanes, as well as PS-90A engines, are certified by AR IAC and meet all international aircraft noise and emissions requirements.

The competitiveness, high flight and serviceability performance, and operating efficiency of the Tu-214 airplane is achieved through its:

May 12, 1992
The Government of the Russian Federation adopted Resolution No. 307 to launch the production of Tu-204-200 (Tu-214) airplanes at the S. Gorbunov Kazan Aircraft Production Association.

March 20, 1996
Initial test runs of a prototype of the Tu-214-200 (Tu-214) airplane are completed at the airfield of the S. Gorbunov Kazan Aircraft Production Association.

March 20, 1996
The first flight of the initially-engineered, development model of the Tu-214-200 (Tu-214) airplane is completed in Kazan, Russia. The airplane was piloted by a crew captained by test pilot Alexander Kosorev.

December 29, 2000
The Aviation Register of the Interstate Aviation Committee issues a Type Certificate for the Tu-214 airplane confirming its compliance with AP-25 aviation regulations.

May 2001
The Tu-214 enters commercial service. Dalavia Airlines is the first operator of the airplane.

June 2001
The Tu-214 with MSN 64502 operated by Dalavia Airlines is demonstrated at the International Air Show in Le Bourget (France).

Currently, Tu-214 airplanes are in line operation by a number of operators, including Special Air Wing Russia, aviation units of the FSB of Russia, the Russian Defense Ministry, Transaero Airlines, etc. Programs for the design and production of different versions of the airplane for special applications are being implemented.

The PS-90A is a turbofan engine with high bypass ratio, air and gas flow mixing, a common exhaust nozzle and thrust reverser.

A number of engineering concepts aimed at higher efficiency and weight superiority have been implemented in its design.

• The cabin features overhead baggage racks with generous space; there are bulky-cargo and baggage compartments under the cabin floor.
• The cabin is equipped with a multi-level lighting system.
• Sound-absorbing structures are used ensure low noise levels in the cabin;
• Audio and video in-flight passenger entertainment systems are available.
• All materials used in the passenger cabin interior meet all fire safety, smoke and toxicity standards.
• Passengers are offered a high level of personal comfort.

The flight crew compartment is designed based on up-to-date ergonomics and design solutions involving the broad use of electronic display and fight-control automation equipment. 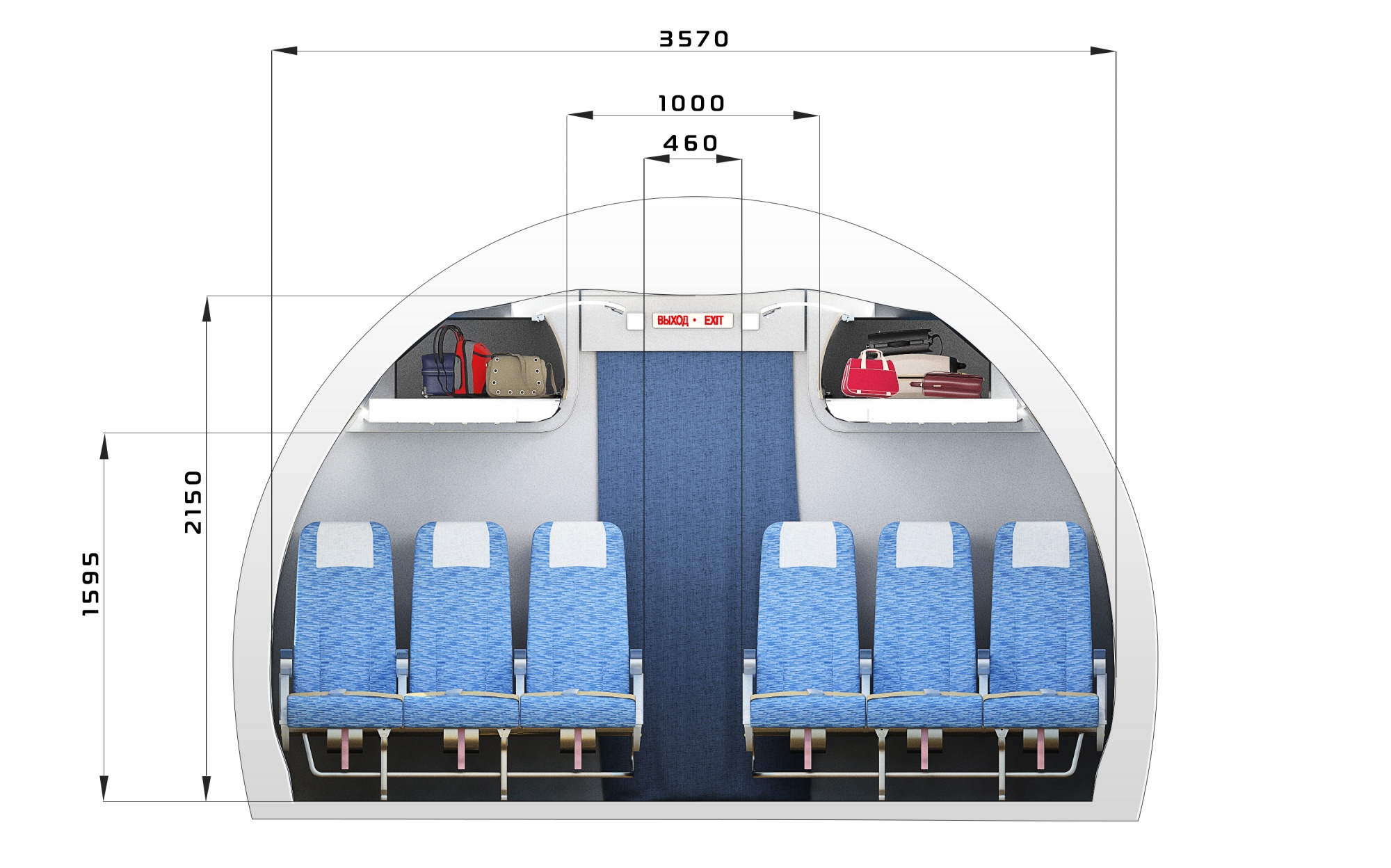